Penn Neurology Researchers Recalibrate in the Wake of the Pandemic

Across Penn Neurology, the pandemic ground long-running studies and budding clinical trials to a halt. But as researchers regained their bearings — many resuming their work virtually — new doors began to open.

"The default before was everything was always in person," says Thomas Tropea, DO, Assistant Professor of Neurology. "But we now see we can collect data virtually. We're also capable of enrolling and consenting virtually, which have been major hurdles."

He continues, "Down the line, that should remove a lot of the pre-existing limits for recruiting."

Other researchers, like Christopher Perrone, MD, Associate Clerkship Director and Assistant Professor of Clinical Neurology, have been helping to shape vaccination guidelines through their research.

"We're using the data to inform our day-to-day conversations with patients around vaccinations and medications," he says. "It's very cutting-edge." 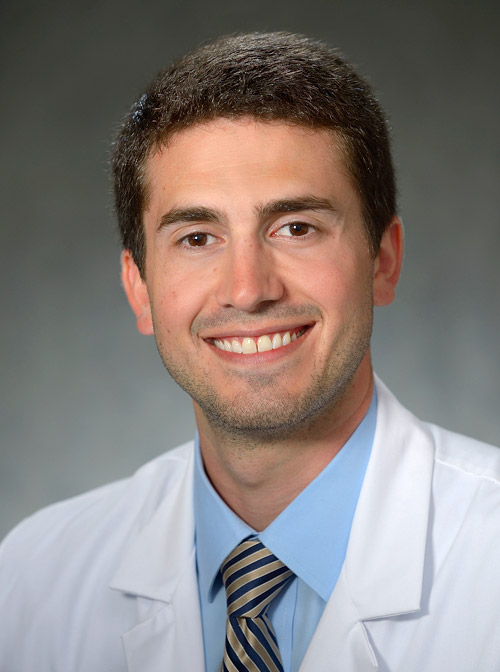 "What we're doing," says Christopher Favilla, MD, Assistant Professor of Neurology, "in several different studies, is we're measuring how blood flow in the brain evolves before, during, and after acute stroke treatments. This has revealed that each patient's response to treatment is tremendously individualistic."

By deploying tools and strategies to monitor that physiology, Dr. Favilla and his colleagues are revealing targets for new treatments to optimize blood flow and, potentially, improve outcomes in those who have suffered a stroke.

While their work in this area began three years ago, the bulk of it has been done during the pandemic. Because of the intimate nature of it — Dr. Favilla's team is right next to a patient's head for prolonged periods — the studies were stopped last spring and summer.

Dr. Favilla says his team "picked up where we left off" in the fall after developing new protocols that protected the study team members and patients. Now they're entering a new phase.

"The temporal evolution of blood flow in the brain is a total black box," Dr. Favilla says. "The next set of studies we're deploying are not just aimed at understanding stroke physiology but leveraging these discoveries to personalize stroke care."

Parkinson's Disease: Finding New Ways to Connect with a Cohort

"I study clinical outcomes in Parkinson's disease and look to identify associations with genetic or biomarker measurements," Dr. Tropea says. "This kind of research really requires a lot of in-person work."

Yet, most of his research these days is done virtually. He's fairly certain it's going to remain that way even after the dust from the pandemic settles.

For the last 15 years, Penn Neurology researchers have been conducting annual cognitive and motor function assessments of patients at the Parkinson's Disease and Movement Disorders Center. In the short term, Dr. Tropea was able to continue a major aspect of his research relatively unimpeded because it entails examining previously collected outcomes from these assessments.

As the pandemic stretched from weeks to months, the decision was made between Dr. Tropea and his colleagues to convert those assessments from in-person to virtual.

Most researchers, he says, were skeptical of remote clinical and cognitive assessments before the pandemic, but that's changed.

"We didn't want to lose that really rich data set. And we didn't want to lose access to our patients," Dr. Tropea says. "There's still a lot of validation to be done, to make sure the data we collected accurately reflects our patients' abilities and functionality, but it's a set of data we would otherwise have been without. And I think there's a lot of really valuable data there." 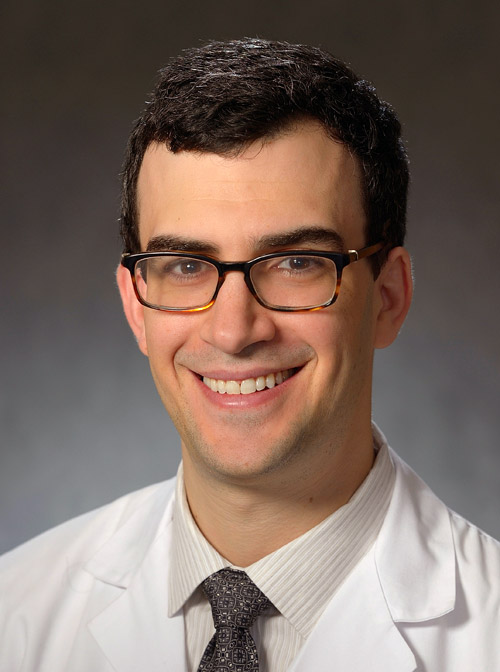 On a given day, Michael Gelfand, MD, PhD, PhD, Assistant Professor of Clinical Neurology, is overseeing between eight to 10 clinical trials for epilepsy drugs and devices.

The trials most affected, he says, were the ones for which patients were being recruited.

Which is why, 20 months after the first wave of lockdowns and closures in the United States, Dr. Gelfand is most excited about recently recruiting the first patient for a trial studying the efficacy of a promising wearable EEG device. Penn is the main site for the trial.

The device is designed for those who experience events at home believed to be seizures, but, for various reasons, doctors have difficulty pinpointing where they're originating or identifying either what type of seizure they are or whether they're something else mimicking a seizure.

"Our current approaches to answer those questions involve either an ambulatory EEG, which is a two- or three-day study done at home, or an in-hospital evaluation in the Epilepsy Monitoring Unit. This is usually done over five to seven days," Dr. Gelfand says. "In both cases, that's often just not enough time to get a solid answer."

The trial device, which is analogous to a loop recorder that's used with those who have arrhythmias, should enable patients to be monitored over a much longer period.

"Over time, it'll give us answers to questions we can't currently answer about their seizures or epilepsy," Dr. Gelfand says.

The medications prescribed as part of someone's multiple sclerosis (MS) treatment plan could, potentially, increase their chances of contracting COVID-19 and even affect their response to a COVID vaccine.

For that reason, much of Dr. Perrone's research over the last 20 months has been driven by some of the most pressing questions of the moment: How do I lower my risk? Should I get vaccinated?

Based on his and his colleagues' observations of patients at the Penn Multiple Sclerosis and Related Disorders Center, medications that deplete certain immune cells may increase the risk of contracting COVID and could result in a more severe outcome. Their findings made clear the benefits of vaccination far outweigh the risks. When a vaccine should be administered depends on the medication.

"What we've learned during the vaccination period is what medications actually increase somebody's risk of not responding as well," Dr. Perrone says.

For instance, Ocrevus (ocrelizumab) is given every six months. Dr. Perrone and his colleagues have determined the best time for a patient with MS to be vaccinated is at least four weeks before their next infusion.

"The biggest emphasis for people who are not yet on medicine is making sure they get vaccinated prior. Their body will remember that response after starting therapy," he says. "For people already on medicine, we're trying to guide them — in real time — in terms of how to time the vaccine to ensure a better response if they're on one of the drugs impacting it."