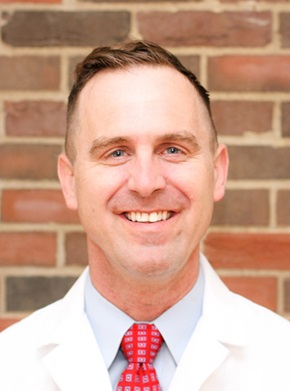 The Penn Hip Preservation Center offers conservative and operative options to alleviate pain and sustain long-term well-being for patients with injuries of the hip. Directed by Christopher Anthony, MD, a fellowship-trained surgeon who specializes in hip joint preservation, resurfacing and replacement surgeries, the Penn Hip Preservation Center offers a variety of non-operative and operative treatment options for patients based on activity level and joint health.

The object of hip preservation is to slow or delay the degenerative disease process, often with the intent of retaining native hip anatomy. Typically, initial steps in obtaining treatment include evaluation of the hip to determine the underlying cause of pain or injury. Treatment then explores conservative measures, including activity modification, physical therapy and possible hip injections. If these measures fail to alleviate pain and symptoms, patients have the option of surgery.

To correct labral tears, Dr. Anthony first seeks out the root cause.

"We have to understand the reason for the labral tear first, then correct that reason to avoid a labrum re-tear down the road," he says.

FAI is a structural aberration of the hip joint that manifests as bony overgrowth at either the acetabulum (pincer-type) or the head of the femur (CAM-type). In either case, bone-on-bone friction in the hip leads to labral damage, and eventually to hip instability and degenerative joint disease.

Surgeries for FAI at the Penn Hip Preservation Center have the aim of improving the clearance for motion at the hip joint, lessening femoral friction at the acetabular rim and repairing damage at the labrum. For pincer-type impingement, the acetabulum is accessed arthroscopically to shave away extra bone. In a similar fashion, CAM impingement involves shaving away abnormal growth on the aspherical head of the femur to bring it back to its natural shape. In both surgeries, the damaged labrum is repaired by anchor sutures that reattach the tissue to bone.

Hip dysplasia is characterized by shallowness at the hip socket resulting in insufficient coverage for the femoral head and structural instability. If untreated, dysplasia can result in adaptive labral hypertrophy, progressive hip instability and osteoarthritis.

For persons with more advanced dysplasia, the cornerstone of treatment for dysplasia at the Center is open peri acetabular osteotomy (PAO), again accompanied by concordant surgeries to correct the associated labral injury. There is good evidence that PAO can reduce the likelihood of osteoarthritis or progression to total hip arthroplasty.

"PAO involves the creation of a more stable hip socket by realigning the architecture of the hip," Dr. Anthony says. To achieve this, he continues, he may shift the orientation of the acetabulum to a position that better aligns with the femur. The labrum is repaired as previously described.

"It's a different way of thinking about the hip when considering hip resurfacing versus a total hip replacement," Dr. Anthony said in a recent interview. "The purpose of hip resurfacing is to preserve the femoral head and neck in order to maintain more advantages of the native joint. This means hip resurfacing allows the patient to keep more of their natural anatomy. Understanding how these native structures work together is critically important when performing hip resurfacing. When I help a patient think about what kind of hip they want we are essentially designing the future of that patient's mobility and ability to do various every day, recreational and higher level physical activities. The exciting thing about HRA is that it allows patients to run, jump, play cutting/pivoting sports and function at a relatively high level compared to traditional hip replacement."

HRA is carried out by excising diseased or damaged bone at the femoral head and acetabulum, and replacing these structures with a femoral head cap and new acetabular socket. HRA preserves femoral bone stock and the larger size of the femoral head articulation has been shown to result in a more stable joint. In younger, active patients, HRA has been shown to offer comparatively lower dislocation rates and superior functional outcomes versus conventional THA. Return to recreational and higher level sporting activity following HRA has been well-documented, as has the pronounced learning curve for HRA. There are multiple professional athletes currently playing their sport with a HRA.

*In the 2020 Annual report of the American Joint Replacement Registry on Hip and Knee Arthroplasty, 34 of 7598 participating surgeons listed hip resurfacing — a principal surgery in the hip preservation canon — among the procedures they performed in 2019.

HRA is indicated for end-stage arthritis of the hip, with the principal goals of pain control and quality of life improvement. Patients must have sufficient bone at the femur to sustain the implant. The ideal candidate is a patient interested in higher level activities and heavy-loading sports.

"We have a lot of patients in middle-adulthood who want to play in competitive leagues and team sports, and they're the ones coming in for resurfacing," Dr. Anthony says, adding that patients who are older and less active generally get a hip replacement.

Hip resurfacing is an alternative to Total Hip Arthroplasty (THA) for patients who are atypical of the population for hip replacement surgery. Most individuals having THA, for example, are between the ages of 50 and 80, and for many, the procedure is a last resort for end stage osteoarthritis or traumatic injury to the joint.

"With hip replacement you can do everything," Dr. Anthony says. "But with resurfacing, patients are able to tolerate higher levels of activity because all of the proximal femoral bone stock has been preserved. They're able to use that leg in a way that's different than they would with a hip replacement."

According to published literature, patients report that resurfacing feels more like their natural hip, and that proprioception, the body's ability to sense movement and location, is improved with HRA as a consequence of preserved proximal femoral bone stock.

"Every patient's different," Dr. Anthony concludes. "It's understanding what they want to do. We really "design" a hip experience for a patient after we gain a thorough understanding of what they want from the hip after surgery. If patients are interested in a high level of activity, that qualifies them to consider hip resurfacing as a treatment option."