February 2, 2022
Doug Olson, an early clinical trial participant for CAR T cells at Penn’s Abramson Cancer Center, celebrates his 75th birthday with family after more than 10 years in remission from his leukemia.

In the summer of 2010, Bill Ludwig and Doug Olson were battling an insidious blood cancer called chronic lymphocytic leukemia (CLL). They’d both received numerous treatments, and as remaining options became scarce, they volunteered to become the first participants in a clinical trial of an experimental therapy underway at the Abramson Cancer Center and the Perelman School of Medicine at the University of Pennsylvania. The treatment would eradicate their end-stage leukemia, generate headlines across the globe, and usher in a new era of highly personalized medicine. Called Chimeric Antigen Receptor (CAR) T cells, these genetically modified tumor-targeting cells are a living drug made for each patient out of their own cells. Today, an analysis of these two patients published in Nature from the Penn researchers and colleagues from Children’s Hospital of Philadelphia explains the longest persistence of CAR T cell therapy recorded to date against CLL, and shows that the CAR T cells remained detectable at least a decade after infusion, with sustained remission in both patients.

“This long-term remission is remarkable, and witnessing patients living cancer-free is a testament to the tremendous potency of this “living drug” that works effectively against cancer cells,” said first author J. Joseph Melenhorst, PhD, a research professor of Pathology and Laboratory Medicine at Penn. “Witnessing our patients respond well to this innovative cellular therapy makes all of our efforts so worthwhile. being able to give them more time to live and to spend it with loved ones.”

CLL, the first cancer in which CAR T cells were studied and used at Penn, is the most common type of leukemia in adults. While treatment of the disease has improved, it remains incurable with standard approaches. Eventually, patients can become resistant to most therapies, and many still die of their disease. 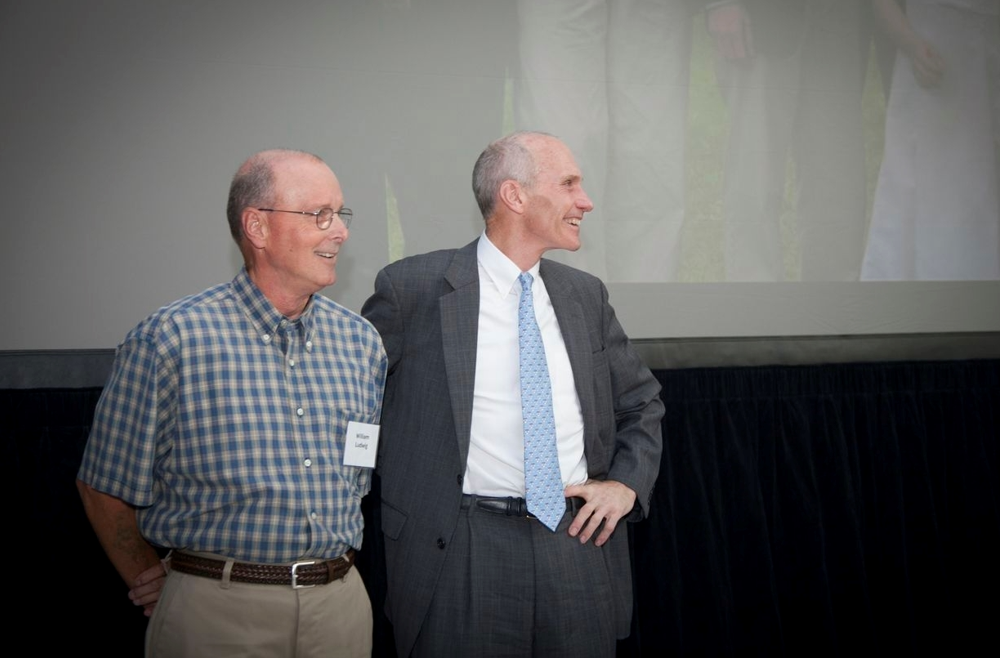 Olson was diagnosed with CLL in 1996 and Ludwig in 2000. By 2010, their cancers had mutated and no longer responded to standard therapy. But as CAR T cell patient pioneers, both achieved complete remission that year. Olson, a former scientist, has taken up distance running and completed six half marathons. He also fundraises for the Leukemia and Lymphoma Society and helps newly diagnosed patients. After his treatment, Ludwig, a retired corrections officer, traveled the country with his wife in a motor home and celebrated milestone events with his family, from holidays to the arrival of new grandchildren. In early 2021, he died due to COVID-19 complications.

While durable remissions have been demonstrated in relapsed, refractory B cell malignancies with CD19-specific CAR T cells, before now, little has been known about the long-term potential and stability of the infused cells. In their latest analysis, the researchers observed an evolution of the CAR T cells over time, with a highly activated CD4+ cell population emerging and becoming dominant in both patients. The data suggest two distinct phases of CAR T-cell therapy responses in these patients with the initial phase dominated by killer T cells, and long term remission controlled by CD4+ T cells. In the ensuing years, these CD4+ cells continued to demonstrate tumor-cell-killing characteristics and ongoing proliferation, which is a hallmark of CAR T cells’ efficacy against cancer: its intense ability to survive and thrive inside the body.

“CAR T cell therapy has been extremely effective for specific leukemias and lymphomas, and we look forward to continuing our efforts in these cancers, while also looking at their impact on solid tumors with research in this area to see more development in the coming years,” said David L. Porter, MD, the Jodi Fisher Horowitz Professor in Leukemia Care Excellence and director of Cell Therapy and Transplantation at Penn. “We often say that we learn something from every patient we treat with these therapies, and Bill and Doug, in particular, have given us so many clues that keep us focused on the next generation of personalized therapies.”

“Penn has begun testing next-generation T cells in more blood cancers, including lymphomas, and against the challenging solid tumor cancers,” said senior author Carl H. June, MD, the Richard W. Vague Professor in Immunotherapy in Pathology and Laboratory Medicine at Penn and director of the Center for Cellular Immunotherapies and the Parker Institute for Cancer Immunotherapy at the University of Pennsylvania. “A considerable amount of deep learning goes into studies that will fine tune the way cancer patients are treated with CAR T cells, and we look forward to the next phase of research and enhancements, including how best to use this approach to target other cancers and diseases.”

Penn scientists led research, development and clinical trials of this pioneering CAR T therapy in collaboration with Novartis and Children’s Hospital of Philadelphia. In 2017, the experimental therapy Ludwig and Olson received, now known as Kymriah®, became the first CAR T cell approved by the U.S. Food and Drug Administration (FDA), for the treatment of pediatric and young adult patients with acute lymphoblastic leukemia (ALL). The therapy was also approved for certain types of lymphoma in 2018.

Along with Melenhorst, Porter and June, the other co-corresponding authors are Gregory M. Chen, PhD, Graduate Group in Genomics and Computational Biology at Penn; Meng Wang, MS, Department of Pathology and Laboratory Medicine; and Kai Tan, MD, professor in the department of Pediatrics at The Children's Hospital of Philadelphia.

Editor’s Note: The University of Pennsylvania has licensed some technologies involved in these studies to Novartis. Some of the scientists involved in these trials are inventors of these technologies. As a result of the licensing relationship with Novartis, the University of Pennsylvania receives significant financial benefit, and some of these inventors have benefitted financially and/or may benefit financially in the future.