Surgeons at Penn Orthopaedics have incorporated Stryker’s MAKO and Smith and Nephew’s NAVIO and CORI, industry leading robotic platforms, into the spectrum of surgical options for total hip replacement and both partial and total knee replacement.

MAKO (Stryker) and NAVIO / CORI (Smith & Nephew) have unique characteristics. All three systems, however, have the capacity to optimize the precision of bone cuts, implant and component positioning, and to improve soft tissue balance and tension, a principal concern of hip and knee replacement surgeries.

All of these factors can impact patient joint function as well as the long-term survival of joint replacement devices and surgical complication rate. The MAKO System can be used for Partial and Total Knee Arthroplasty (TKA) and (Total Hip Arthroplasty) THA; the NAVIO and CORI Systems are designed for unicompartmental knee arthroplasty and TKA.

The MAKO system incorporates a robotic arm with attachments that the surgeon guides during surgery. The platform uses preoperative CT scanning to generate a 3D virtual model of the joint for surgical planning. This model is then uploaded into the MAKO to create a personalized template for a patient-specific implant orientation, sizing and alignment. During surgery, the robotic-arm provides real-time data to the surgeon, allowing intra-operative adjustments, as needed, and continuous assessment of ligament tension and range-of-motion to optimize implant placement.

Both NAVIO and CORI are surgeon-controlled handheld robotic systems that are imaging-free, in that its planning and intraoperative processes do not involve CT or MRI imaging. Instead, the surgeon registers the knee joint using an intra-operative infrared tracking system to create 3D virtual models of the patient’s femoral and tibial anatomy, soft tissue ligament tension, and joint balance allowing assessment prior to any bone preparation. This information is then transmitted to the hand-held device during surgery to help cut the bone and position the implants to maximize joint motion and stability. The virtual model also prevents error by retracting the cutting burr when outside the designated cutting space.

Mr. R, a 42-year-old male, was referred to Gwo-Chin Lee, MD, at the Penn Joint Replacement Program with progressive debilitating pain at his right hip. A former collegiate football player, Mr. R had continued playing football in a recreational league until two years previously, when he sustained a crushing injury at the hip later diagnosed as a minor fracture, but never treated.

Mr. R described the pain of this injury as the worst he’d ever experienced, and said he had no intention of returning to football—but that he wanted to be able to continue an active lifestyle. Range of motion (ROM) testing on Mr. R’s right hip suggested limited hip joint flexion and internal rotation. A subsequent x-ray found substantial osteoarthritic damage at the acetabulum and prominent osteophytes at the femoral head. A MAKO robotic total hip arthroscopy was planned, and CT based pre-operative planning completed. 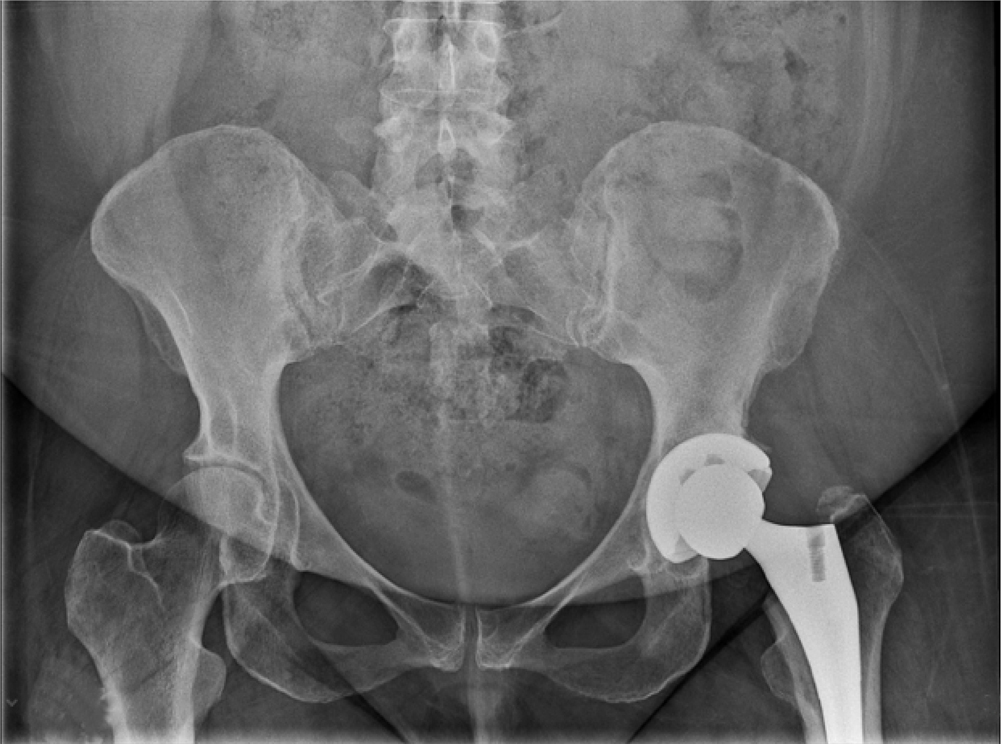 At surgery, trackers were placed at the knee, the iliac crest, the greater trochanter, and acetabulum to orient and calibrate the MAKO System. The acetabular registration was then carried out to ensure proper alignment and placement of the planned prosthesis. The software calculated the bone resection, implant size and offset needed to make Mr. R’s leg length was as close to perfect as possible. Once these steps were completed, reaming of the acetabulum was carried out with adjustments to the angle and depth under the guidance of the robotic arm.

The acetabular component was then press-fit into the socket at precisely planned angle provided by the robot and then impacted. Next, femoral preparation performed using broaches to machine the bone for the final implant. After each step, the probe located the marker screw at the greater trochanter and the patellar electrode to insure proper restoration of leg length and offset.

Mr. R was walking within a few hours of surgery, had physical therapy that afternoon and went home the next day. At his six-month follow-up, he was pain free and bicycling 30 miles per week.

NM, a 57-year-old man, was referred to Neil Sheth, MD, for evaluation of severe, progressive right knee pain, stiffness and swelling of 18-months duration. In this time, NM had received two cortisone injections and a single injection of hyaluronic acid, all of which offered temporary relief of his symptoms.

On physical examination, the range of motion in NM’s right knee was restricted by pain at a flexion of 110°, with an extension deficit at 12°. He had leg bowing as well, suggesting varus deformity. This was confirmed by standing knee AP and lateral knee radiographs, which showed osteoarthritic deterioration at the medial and lateral compartments and femoral/tibial coronal alignment mismatch. On MRI, significant destruction of the articular cartilage and meniscal degeneration was evident. 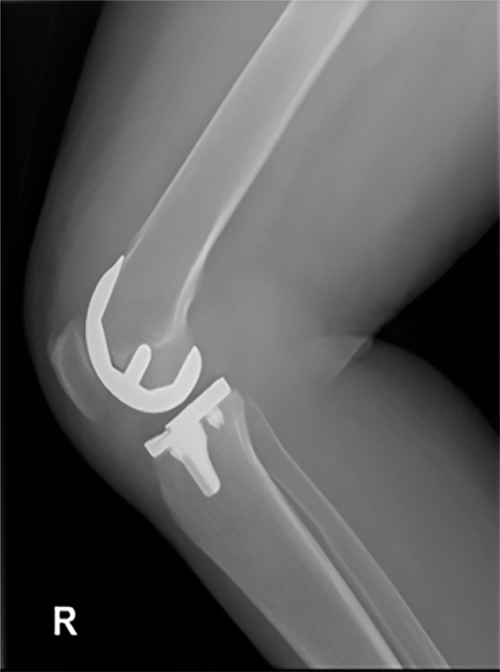 After a consultation with Dr. Sheth, NM was offered and accepted the option of robotic surgery with the CORI System. Over the next two weeks, he had a physical examination, lab work, a neurovascular exam and consults with his primary care provider and a cardiologist, and was cleared for surgery.

At surgery, NM’s knee was mapped to determine overall limb alignment. The knee was then moved through a range of motion (including flexion extension) to assess ligament tension and register points for the planned surgery. Next, the surfaces of the distal femur and tibial head were “painted” to build a 3-D model of the knee. The preplanning phase then began, to fine-tune the size, position and rotation of the implant and best match the patient’s soft tissue envelope.

The surgery was completed by removing bone with the hand-held device as defined by the planned parameters. Following trialing of the knee to ensure satisfactory range of motion and balance, the prosthesis was cemented in place. The knee was then closed with internal stitches and glue.

NM began walking within hours after surgery with a physical therapist and remained in the hospital over night. With satisfactory healing noted at two weeks, NM transitioned to out-patient therapy to continue this rehabilitation. At his one-year check-up, he reported a complete absence of pain at the knee and a returned capacity for normal daily activity.