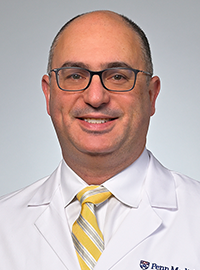 NEW ORLEANS –  A first-of-its-kind drug known as modakafusp alfa has shown early potential in combating multiple myeloma, a form of bone marrow cancer, in a study presented by researchers from the University of Pennsylvania’s Abramson Cancer Center at the 2022 American Society of Hematology (ASH) Annual Meeting (Abstract 565).

Patients in the Phase I/II multicenter trial (NCT03215030) receiving 1.5 milligrams of modakafusp every four weeks, 43 percent saw a partial response, or a decrease in their cancer by over 50 percent. Patients enrolled in the study had received at least three prior lines of treatment and had their disease relapsed or stopped responding following the previous therapy.

“We are excited by these findings and continue to be optimistic about the potential this treatment holds for patients with multiple myeloma,” said presenting author Dan Vogl, MD, an expert in blood cancers, medical director of the Clinical Research Unit at Penn Medicine’s Abramson Cancer Center, and an associate professor of Hematology-Oncology at the Perelman School of Medicine of the University of Pennsylvania. “We have been working with this new medication at Penn since we gave it to the first patient ever to receive it five years ago. We now see that a substantial number of patients benefit from modakafusp as a single agent, including patients whose myeloma has become resistant to other treatments, which is really impressive.”

Modakafusp (developed by Takeda Pharmaceuticals) is fusion protein that targets interferon (a pro-inflammatory hormone that is also used for treating viral infections and other cancers) to cells that have CD38, a surface marker present on myeloma cells and a variety of immune cells.

According to the American Cancer Society, about 12,640 deaths from multiple myeloma are expected to occur in the U.S. in 2022. The cancer is uncommon, affecting less than 1 percent of the population. Myeloma is currently not curable, and despite advances in treatment, all patients see their cancers relapse after initial treatment and other early lines of therapy. In this trial, modakafusp made a positive difference in people for whom drugs aimed at the same target, including well-established monoclonal antibodies like daratumumab and isatuximab, were no longer effective.

Preliminary results from the study were presented during the 2021 ASH Annual Meeting. The final safety and efficacy results presented this year confirm the drug has a manageable side effects and produces strong anti-myeloma responses.

“Modakafusp has a truly novel mechanism of action, delivering a hormonal signal directly to target cells that simultaneously is toxic to cancer cells while stimulating an immune response. We saw responses in patients whose cancer did not respond to or who experienced a relapse after receiving the anti-CD38 antibody drugs that are currently on the market,” Vogl said. “We also saw responses in patients whose myeloma had developed resistance to all currently available effective therapies.”

Most patients (87 percent) on the study experienced treatment-related adverse events, as expected for this heavily pre-treated population. The most common side effects among study participants included neutropenia, or a decrease in white blood cells and thrombocytopenia, or low blood platelet count; and about one third of patients had mild reactions after infusion of the medication.

Vogl and his colleagues are now enrolling patients in a randomized phase II study, which is designed to identify the optimal dose of modakafusp and provide more information about its effectiveness in people with myeloma.

The study was sponsored by Takeda Pharmaceuticals.