On the Verge of a Breakthrough

Now, Pedro Gonzalez-Alegre, MD, PhD, Co-Director of the Division of Movement Disorders and Director of the Huntington’s Disease Center of Excellence, both at the University of Pennsylvania, and the Director of Clinical Programs at the Raymond G. Perelman Center for Cellular & Molecular Therapeutics at the Children’s Hospital of Philadelphia, believes researchers like himself are on the verge of what he describes as a “tsunami” of breakthrough therapies.

“It’s not here yet. We’ve got a few drops of water, basically,” Dr. Gonzalez-Alegre says. “But we’ve got to get ready for it. And I absolutely want to be a part of that wave because we are the world’s leading institution in gene therapy.”

At the moment, a growing group of researchers within Penn’s Department of Neurology is studying neurogenetics from many different angles.

Expanding the Scale of Research

Gradually, the scale of that research has also been growing. Faculty and students from the School of Engineering and Applied Science are developing more effective methods to administer gene therapy, Dr. Gonzalez-Alegre says. And that’s only the tip of the iceberg.

Five years ago, the department began assembling a group of clinicians, including Dr. Gonzalez-Alegre, with the main goal of developing the ability to systematically diagnose patients with neurogenetic conditions.

“Even though that sounds simple, it was not,” he says. “Most centers don’t do it. We’re really unique in the region in that regard. Now we’re confidently and routinely diagnosing patients with common and very rare genetic conditions.”

The next phase entails expanding the group beyond the Perelman School of Medicine to ultimately include engineers and Penn Health-Tech, to develop delivery devices and tools to measure their effectiveness; economists, to forecast how the onslaught of new therapies is going to impact the insurance market; and ethicists, to help the researchers navigate these uncharted waters.

“The overarching objective for this group is to enable things to happen,” Dr. Gonzalez-Alegre says. “If there’s a pioneering therapy that someone at Penn, or even outside of Penn, is developing and they don’t have the means or expertise to get it to a proper clinical trial, we want to fill in all of those voids and facilitate that process.”

Another big piece of that puzzle, the research site itself, is also on the cusp of falling into place. Dr. Gonzalez-Alegre expects the Translational Center of Excellence for Gene & Molecular Therapy in Neurology to formally launch in early 2020. He will serve as its director. The center will be the fourth of its kind established by Penn Neurology, with another two currently in the planning stages, all with the aim of supporting pilot projects to accelerate high-impact areas uniquely suited to the department.

“We want to be a site for many first-in-human trials. And not only a site; we want to be a leading site and a principal investigator for many of them,” Dr. Gonzalez-Alegre says. “Several companies that are heavily invested in this area have expressed an interest in partnering with us based on the infrastructure that we already have in place and our plans for the near-future.”

A process that has moved at a methodical pace is likely to escalate over the coming months as the shadow of that tsunami looms larger.

“We’re going to see remarkable changes in the next few years. We’re going to be treating diseases we felt were incurable a few years ago. There’s a lot of potential to not just do more but to do it faster,” he says. “It’s going to take a large investment initially. But if it’s made wisely—and, right now, there is no better place to invest than here at Penn— the yield is going to be enormous.” 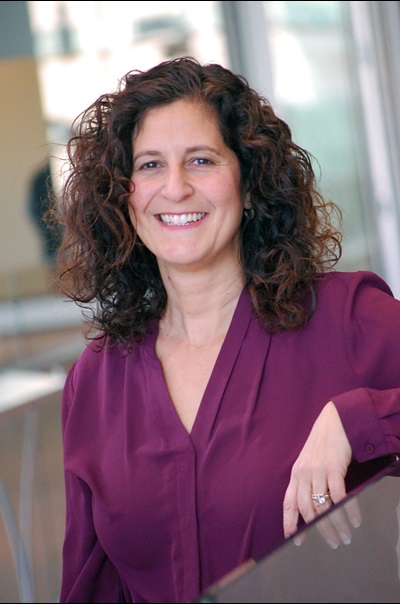 Fellow Neurogenetics Director and genetic counselor Tanya M. Bardakjian, MS, LCGC, is optimistic about the potential for major breakthroughs, but still cautious. "When I was working in pediatric and prenatal genetics in the beginning of my career, I used to have to tell people their children with spinal muscular atrophy were going to die. Now, that's not always the case. I never dreamed I would be able to say that," she says.

"My biggest concern is the resources that will be needed over the coming years. There are only 5,000 board-certified genetic counselors in this country. In order to provide the therapeutics for these conditions, we have to know who has them. So, we have to diagnose them efficiently. We have to make sure that this is done responsibly, yet not too slowly so that people who do have these conditions can be identified, counseled appropriately, and then have access."